How Glass Blocks Were Made

To avoid collecting duplicates, I created a Catalog of my glass flower frog collection. Annotations note dimensions and other characteristics of identification. Photos from multiple angles present the shape.

Over my first year of collecting I purchased a few near-duplicates that only varied a little in size or shape, yet I assumed they came from different moulds. It was only after I learned how glass flower frogs were made that I understood that such variations are possible within a single product.

Also, I was curious about the broken glass found around the holes on the bottom of most glass flower frogs. eBay sellers occasionally point this out as a defect, but it's almost always present so I knew that couldn't be the case.

This is the manufacturing process based on the Cambridge Patent: 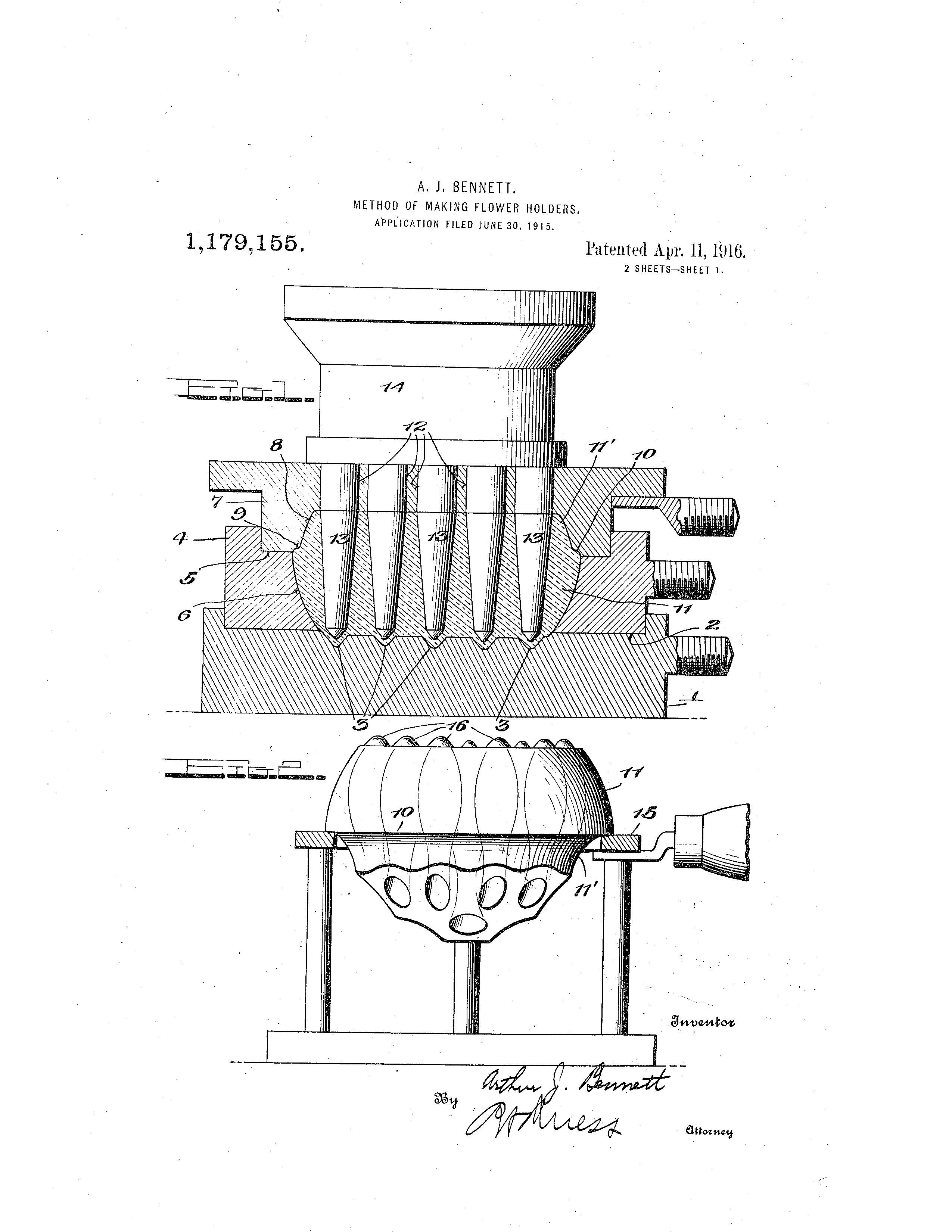 1. Molten glass is poured into the mould.

3. The plunger and mould are removed.

4. The block is inverted and suspended (lower illustration).

6. The block remains inverted and suspended until it cools and the glass hardens.

7. Excess glass that was pushed out of the bottom of the mould by the conical shafts of the plunger is broken off, leaving the rough edges around the bottoms of the holes.

You will more fully understand the process as you review the illustrations, photos, and text, below.

The patent, copied from the United States Patent and Trademark Office database, provides a detailed explanation of the manufacturing process:  Cambridge Patent PDF 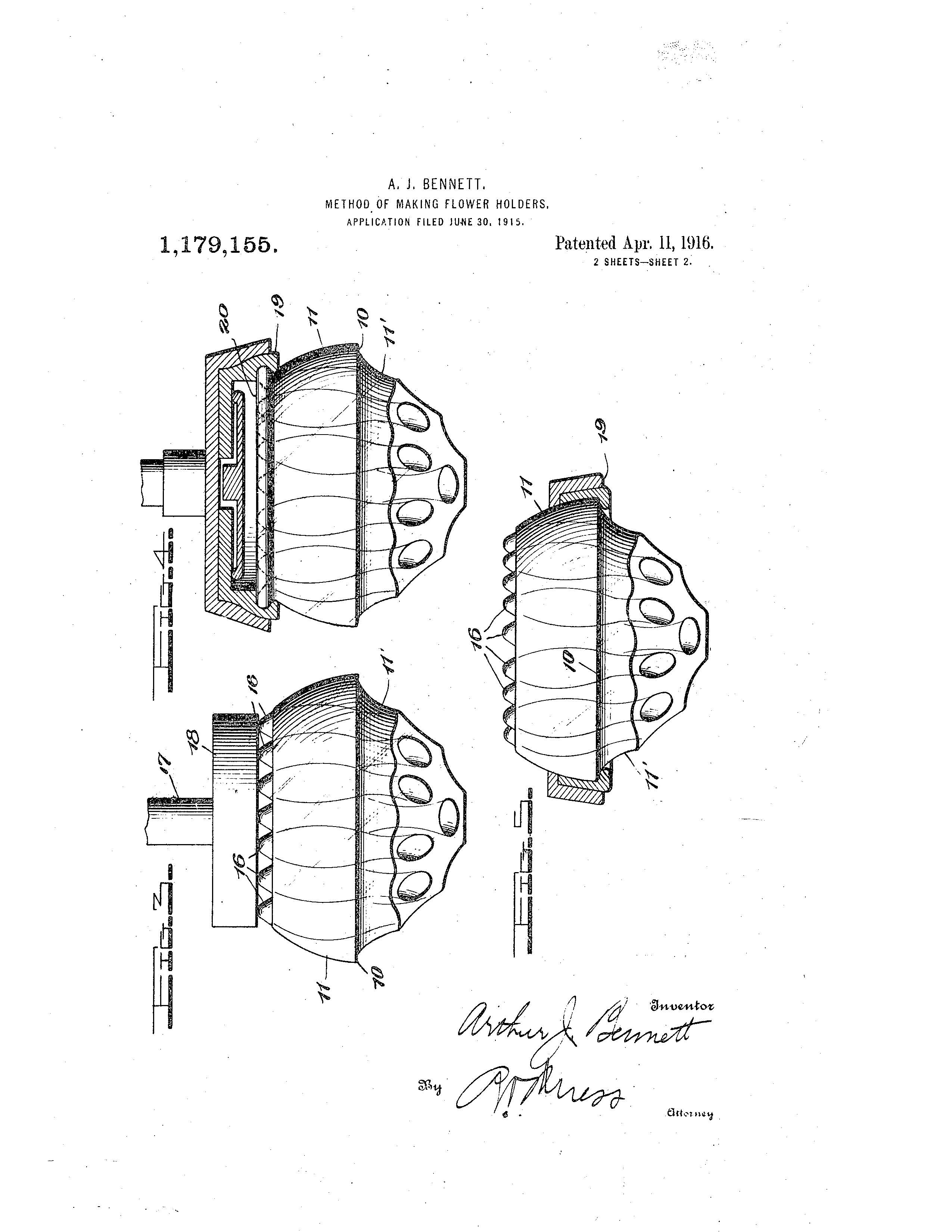 This illustration shows three different mechanisms for holding the inverted block. Note that the glass has fallen, creating a peak on the top of the block. 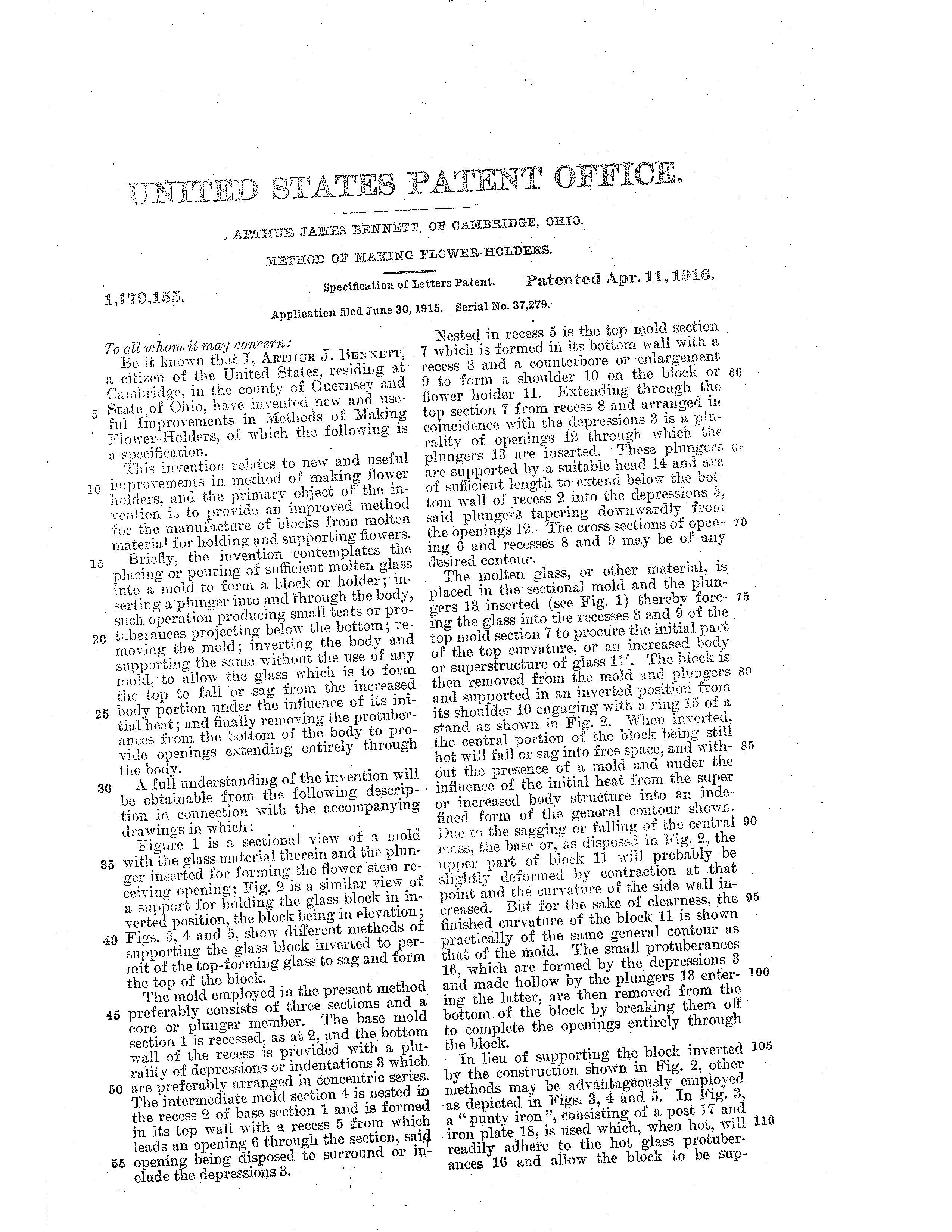 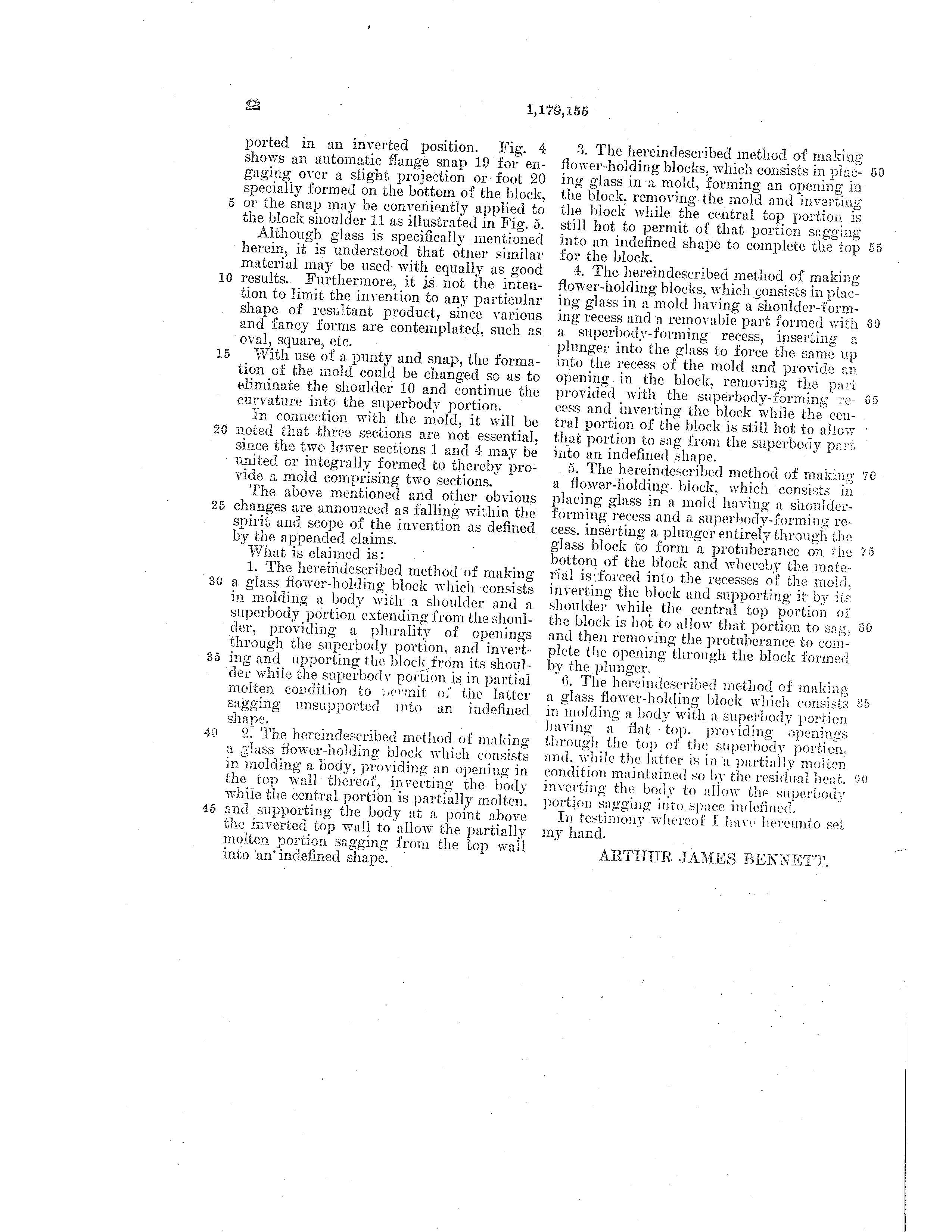 This Westmoreland Glass Company mould belongs to Greg A. Jennings, who acquired it from Charles West Wilson, grandson of one of the co-founders of Westmoreland. 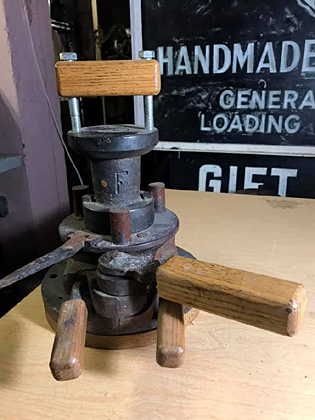 The wood handles were added for ease in demonstrating how the mould works, and are not original. 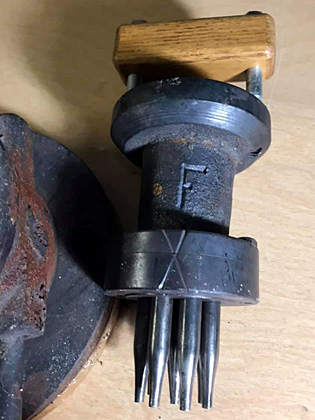 The plunger is inserted through the molten glass to form the holes. 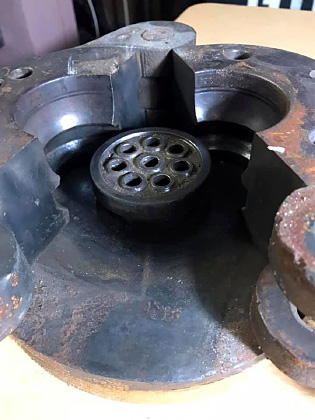 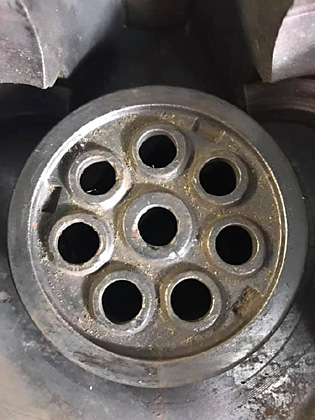 The familiar shape of a Westmoreland block bottom with rectangular feet 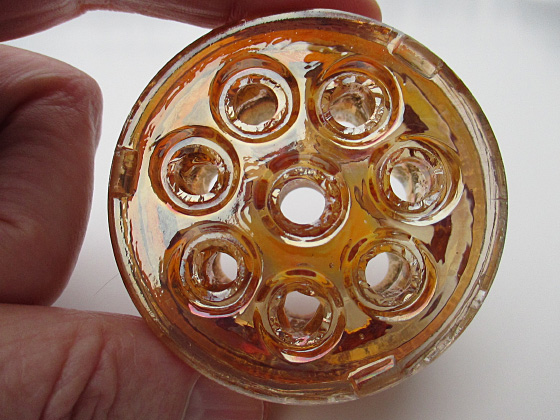 This Westmoreland flower frog is a perfect match to the mould shown above. You can clearly see that the bottoms of the conical shafts of the plunger were smaller than the holes in the mould. This explains the seepage of the glass around the conical shafts, which is broken off after the block has cooled.