Flower frogs reached their height of popularity during the first half of the 20th century. Looking at how their design changed over the years, you can see the influence of popular art and design movements. This page presents a brief description of each of these movements accompanied by photographs of representative flower frogs.

Art Nouveau reflects natural forms with curvaceous, flowing lines such as those found in flowers and full-figured women.

From the collection of Betty Burnsed 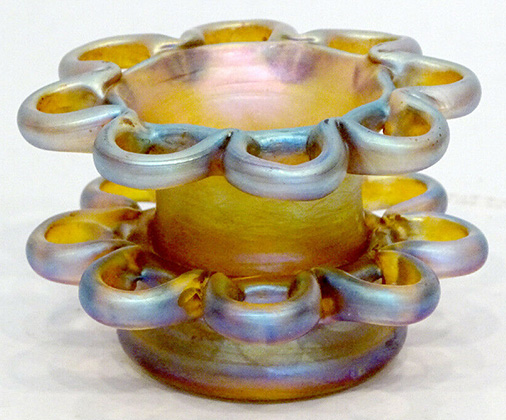 The Arts and Crafts movement rejected the decline in standards of materials and construction that had become the norm in factory-produced home furnishings. It represented a return to handwork, skilled craftsmanship, and attention to design. The excessive ornateness of the Victorian era gave way to the value of simplicity, utility, and the inherent beauty of the materials. 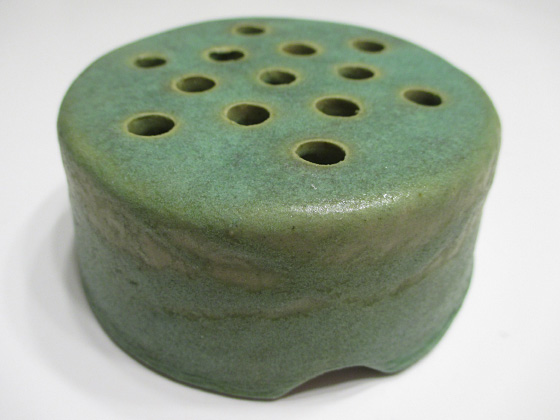 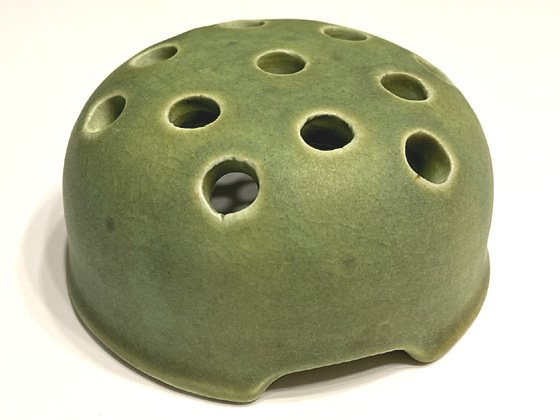 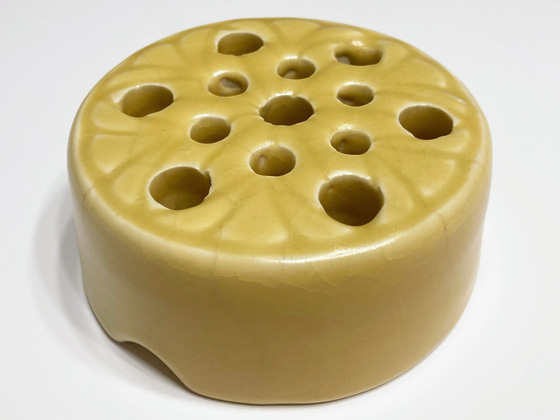 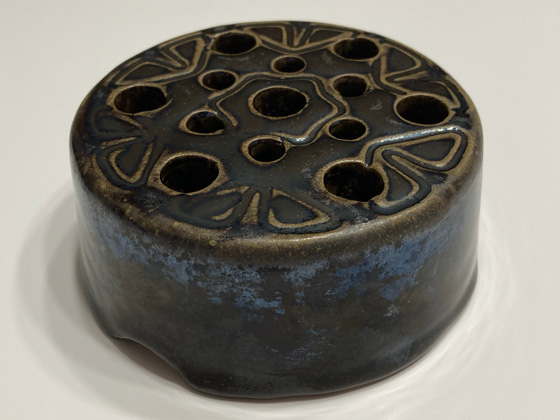 The first two Rookwood flower frogs present simple forms in matte glazes indicative of the movement, while the second two present beautiful designs in semi-gloss and gloss glazes without being ornate.

Art Deco is represented by bold, often machine-like geometric forms, and equally bold colors. And, of course, by the stylized dress of the period.

From the collection of Betty Burnsed 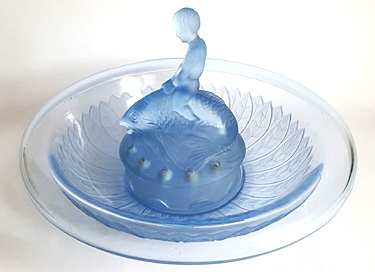 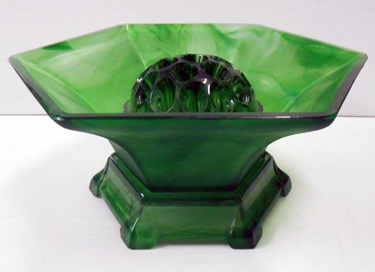 Green cloud glass by Davidson from the collection of Kevin Harper 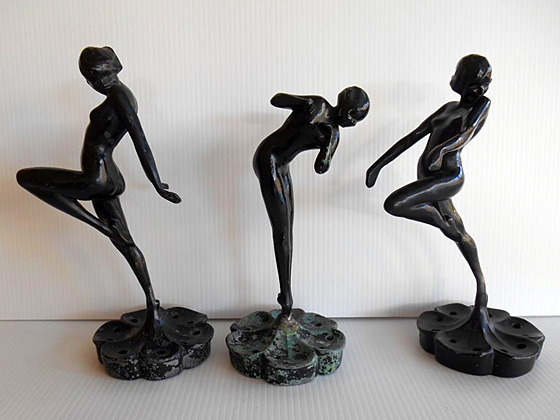 Frankart circa 1920s from the collection of Kevin Harper

Egyptian Revival first appeared in Europe as an architectural style after Napoleon's conquest of Egypt in 1798, and then in the United States following the translation of the Rosetta Stone in 1822. But the revival of interest here came with the discovery of King Tutankhamun's tomb in 1922. 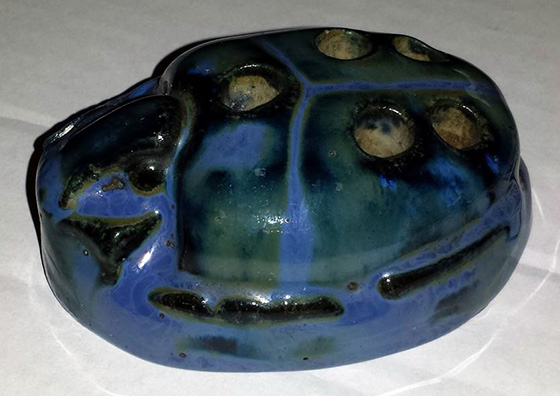 Produced from 1945 to 1969 or thereabouts, Mid-Century Modern is characterized by clean, simple lines, without decorative embellishments. 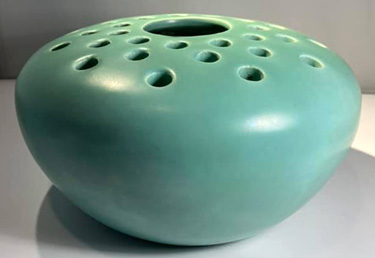 Marked "MADE IN CALIFORNIA," from the collection of Roxanna Groves 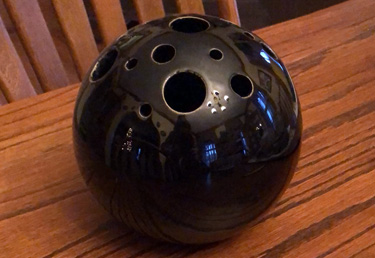 Hyalyn "bowling ball" designed by Michael Lax, from the collection of Kathleen James 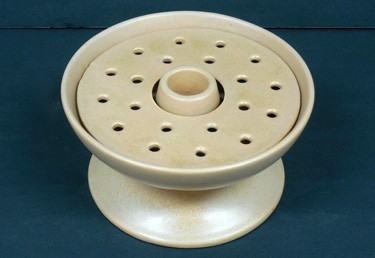