Most popular during the first half of the 20th century, flower frogs were used to arrange flowers and were likely called "frogs" because they were set in water. Made from ceramic, glass or metal, flower frogs came in a great variety of forms.

●  Photos of My Collection

●  How Ceramics Were Made

●  How Glass Blocks Were Made

Photos of My Collection 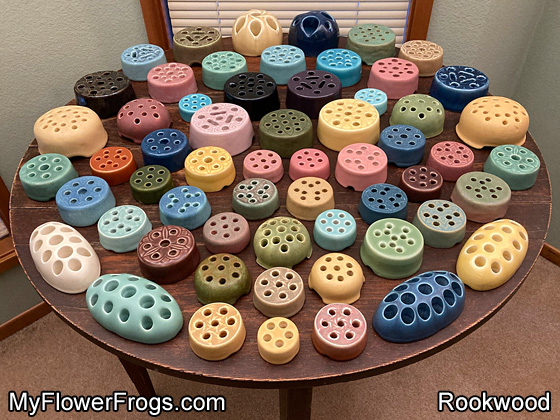 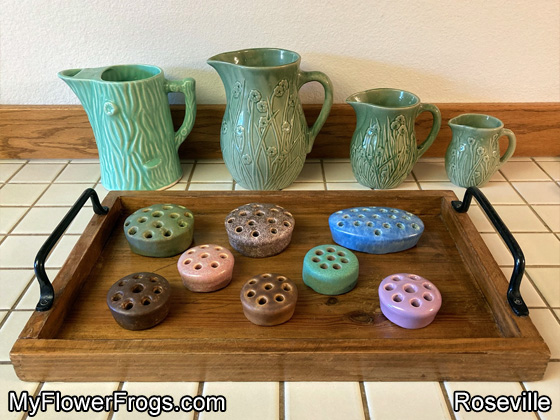 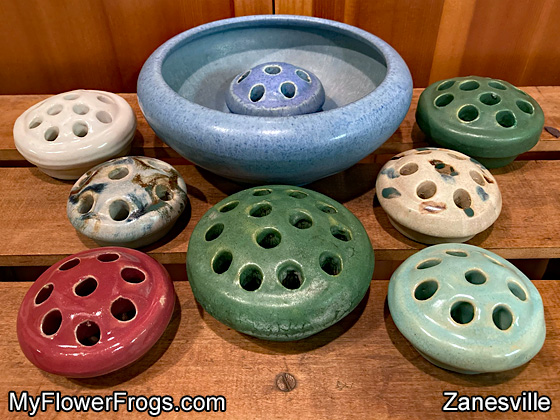 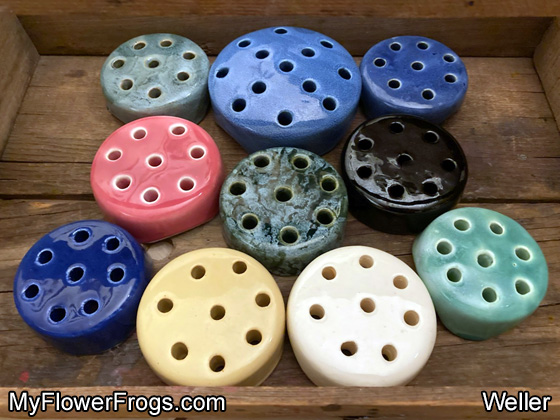 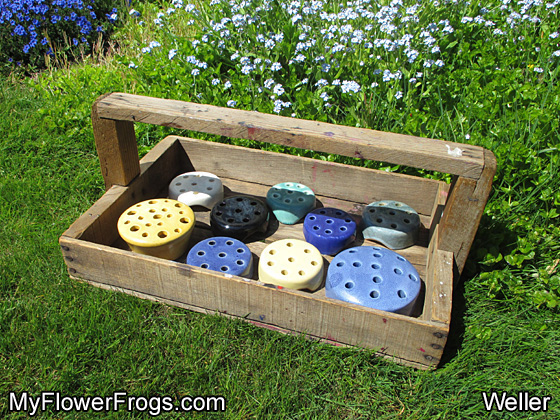 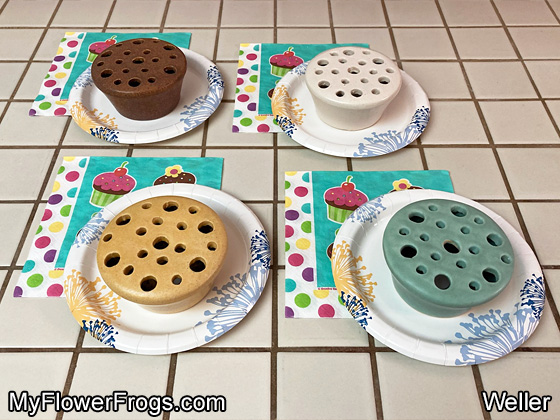 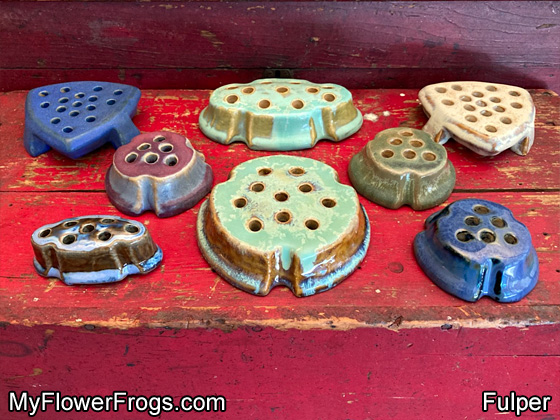 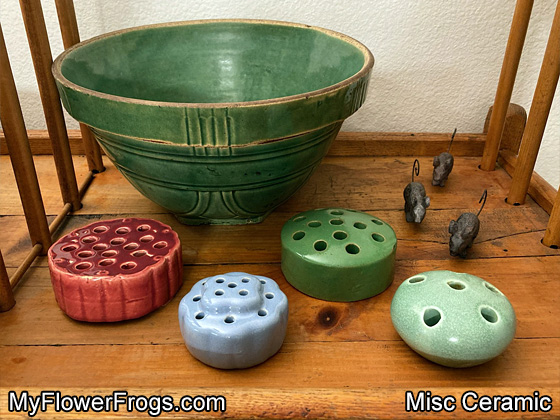 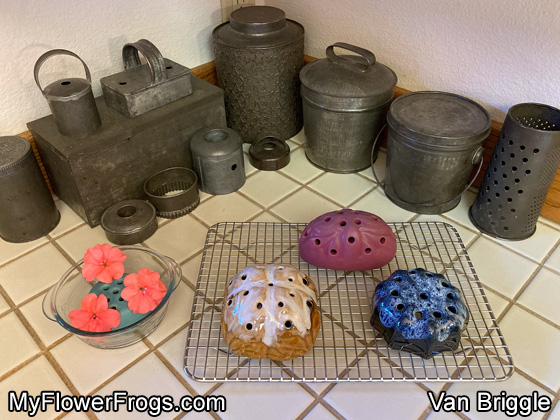 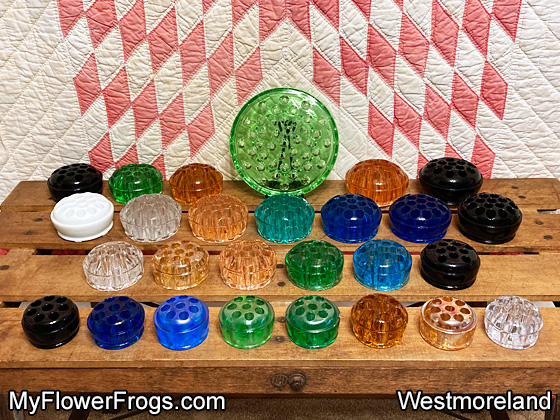 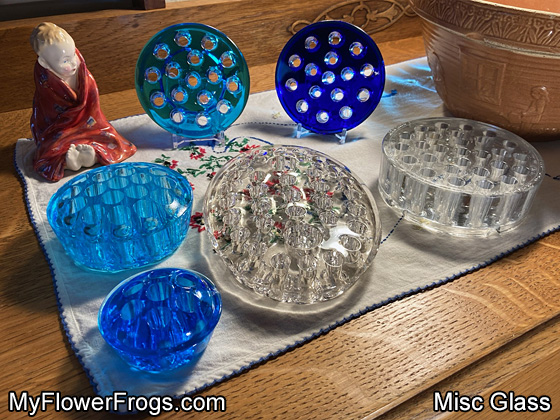 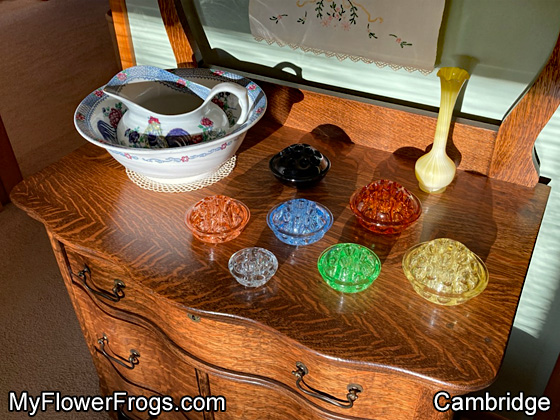 The Frog King and His Court